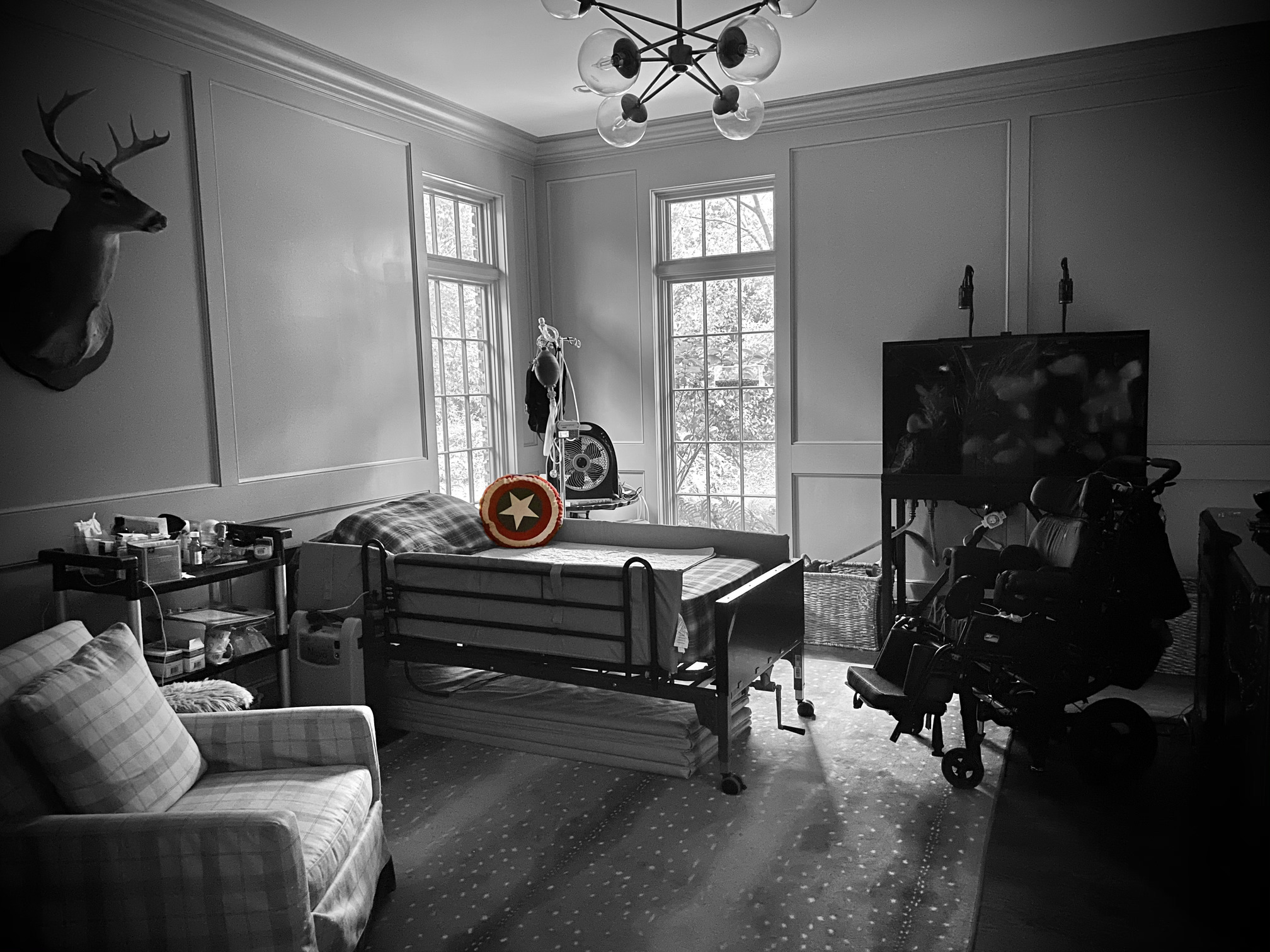 It has been exactly one year since my son Bertrand died.

It shouldn’t have taken me by surprise.

After all, I’d been hunting down his killer for most of his life.

And, yet, when it happened, I was stunned.

Smiling only days prior, he was gone.

In the year since, I’ve spent time reflecting.

I write these reflections mostly for my own benefit, but also in case anyone else enduring unthinkable loss may find solace in them as well.

And, because, I miss him.

On the echoes we leave behind

It was not obvious to me at first, but I eventually realized that while Bertrand as a person is gone, Bertrand as a force remains.

And certainly this continuation-as-force is not unique to Bertrand:

When someone dies, echoes of their life stay behind; if we listen, we can hear these echoes; and in the act of listening, we amplify them.

I don’t claim this observation as novel. In fact, it extends to antiquity.

Frequently consider the connection of all things in the universe and their relation to one another. For in a manner all things are implicated with one another, and all in this way are friendly to one another; for one thing comes in order after another, and this is by virtue of the active movement and mutual conspiration and the unity of the substance

In the movie Gladiator, the Roman General Maximus, serving under Aurelius, seems to distill the essence of this passage into the movie’s tagline:

What we do in life, echoes in eternity.

But, what, exactly, is an echo?

In a purely physical sense, there are echoes, as Paul Dirac noted:

You pick the flower on Earth and you move the farthest star.

Dirac refers here to gravitational fields, which emanate from any mass outward at the speed of light, ultimately to the farthest reaches of the cosmos.

These gravitational waves are a kind of echo.

Somewhere out there, gravitational waves set off by Bertrand’s trajectory through life continue their journey.

But, if I’m being honest, these are not the kind of echo that bring much comfort in moments of grief.

Marcus Aurelius alludes to a physical echo too, but in a more abstract sense.

For him, it’s a conclusion that doesn’t depend on an understanding of modern physics, but only on an appreciation of cause and effect.

If every effect becomes a cause to yet another effect, then whatever we set in motion in our lives continues through unending chains of causality.

Yet, cause and effect are present in more than physics.

Cause and effect exist among people, and so social echoes exist as well.

Each of us is a living echo of others going back to the dawn of humanity, just as those in the future will contain an echo of our character.

In talking to anyone that knew Bertrand directly, I noticed that he imprinted a sense of his self on them.

This seems to happen most with the attributes of Bertrand that people admired – his patience, his kindness, his loving nature, his determination, his happiness.

Many reported feeling inspired to mirror these positive qualities in themselves.

If, in mirroring, they then inspired anyone else, then that is a very real echo of Bertrand’s essence that remains in the world.

I like to think at times that some of the kindness I encounter in others in my community is a downstream echo of Bertrand’s own.

Certainly, it’s a reminder to me that when I show the kindness Bertrand showed me to others, I keep not just his memory alive, but a part of him as well.

During Bertrand’s life, I described science as pushing outward against and through the boundary of human knowledge.

New discoveries build on prior discoveries, and Bertrand’s life leaves behind a rich legacy of scientific discoveries upon which to build.

In fact, his brief life shaped and accelerated much of the emerging field of precision medicine.

Even before he died, that acceleration had already begun to save the lives of others, in the same ways that it extended and enriched his own.

Bertrand’s contributions to the ever-expanding web of human knowledge grant him a long-lasting epistemic echo.

In a very similar way, to the extent that we can transmit our own knowledge to the minds of others, we transmit a part of our selves to others.

After we die, we are what we teach.

And, Bertrand taught – and teaches – much to many.

I see a lot of echoes for Bertrand as combinations of other echoes.

His complex echoes in the realm of advocacy, law, science and medicine continue.

When patients or parents tell me that Bertrand’s life was an inspiration to them in their own odyssey, whether diagnostic or therapeutic, I hear his echoes.

As I write this, major new government initiatives in science and health, such as ARPA-H, are under consideration.

I’ve been asked repeatedly to convey the teachings of Bertrand as they might relate to such initiatives.

And, so if any of these initiatives come to be, more echoes of Bertrand will be embedded in their structure – and in the lives of the patients they come to help.

Of all the echoes that bring me peace and healing, those that directly help patients are among the most powerful.

Toward that end, it has been a source of constant peace in the last year to see The Bertrand Might Endowment for Hope at UAB take shape, and even to see the very first patient successfully treated through the interest on this perpetual endowment.

If you want to amplify Bertrand’s echo into eternity, giving to this special endowment is a meaningful and direct way to do so.

(And so is simply choosing to be kind to another today in the way that he was.)

Echoes of the heart

While I have observed many other kinds of echo, I’ll close with the kind that gives me comfort in moments of grief – echoes of the heart.

It was easiest to accept grief when I realized that grief was the same thing as love.

The nature of love is transitive in both senses of the word: first, love needs somewhere to go; and second, love passes through and onward.

In the first sense, grief is what love becomes when love has nowhere left to go.

Fortunately, in the second sense, love reflects through: whatever Bertrand loved, I love too.

So, for example, when I show love to his sister or brother, that’s an echo of Bertrand’s love – even beyond my own love for them.

And, when they show love to others, they echo his love too.

Bertrand’s love was a little unusal – even admirably extreme – in the sense that he loved everyone he ever met.

And, that leaves a lot of places for my love to go.