Bertrand “Buddy” Might lived a bright, adventurous, meaningful, challenging and all too brief life. To those whom knew him personally, he brought a sense of calm, happiness and love to all that had the fortune of being in his presence.

His remarkable life leaves behind many echoes, echoes that this site amplifies through articles inspired by his life and legacy:

If you never knew Bertrand, there is a brief recap of his remarkable legislative, digital, communal, medical and scientific legacy below and separate coverage of his life and final months by Casey Ross at STAT News.

If you want to actively accelerate his legacy of science in the service of patients, the Bertrand Might Endowment for Hope provides a direct and effective way to do so.

If you are a patient or a caregiver, and you find yourself, as Bertrand once did, in the midst of a daunting medical odyssey, the very first article on this site is The Algorithm for Precision Medicine.

It is an overview of the process and the science that Bertrand pioneered in his brief life on the road to diagnosis and to treatments.

The rest of this site includes: 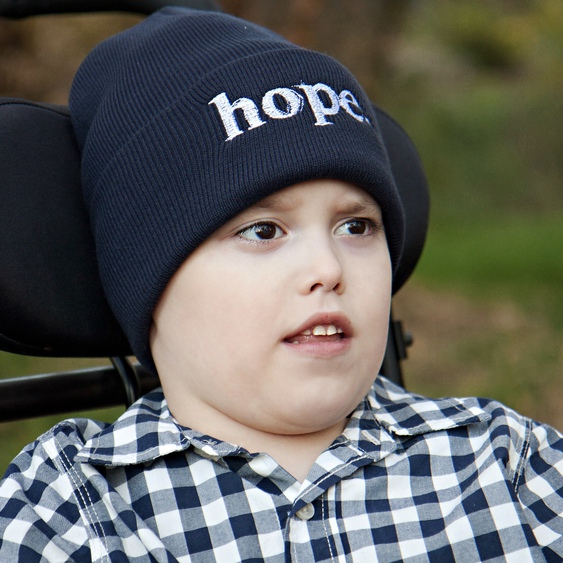 Bertrand’s life was punctuated repeatedly by the power of hope through science.

The Bertrand Might Endowment for Hope is a perpetual endowment at University of Alabama at Birmingham (UAB) designed to bring that hope to others, forever.

Interest on the endowment is to be used for science in the service of patients like Bertrand, and since its founding in November 2021, it has already begun to fund transfomative individualized treatments for patients in need.

(As we acquire patients' permission, we hope to tell some of their stories here.)

The permanent nature of the endowment ensures that Bertrand’s mission of helping individual patients will never come to an end.

The purpose of these funds is to cover costs of individual patients in need of:

To support the Bertrand Might Endowment for Hope, please give here.

Bertrand was a beautiful, kind, loving, happy and gentle soul to all whom knew him.

Not long after birth, Bertrand’s struggles and diagnostic odyssey began, as he faced a constellation of symptoms: seizures, movement disorder, developmental delay and an inability to make tears.

At eight months old, Bertrand’s developmental pediatrician concluded that something was wrong. It was the beginning of years of intensive medical evaluations. His medical team predicted that he would survive until age two or three at best.

In between frequent hospitalizations, Bertrand applied himself in his school and his therapy, always determined to exceed whatever limits his body had tried to impose on him: Bertrand danced; Bertrand climbed mountains; and Bertrand swam with dolphins. We’re grateful for many happy memories with him.

His body may have suffered throughout his life from NGLY1 deficiency, but neither his heart nor his spirit ever diminished or lacked for love.

Though with us for just less than thirteen years, Bertrand leaves behind a rich legacy: 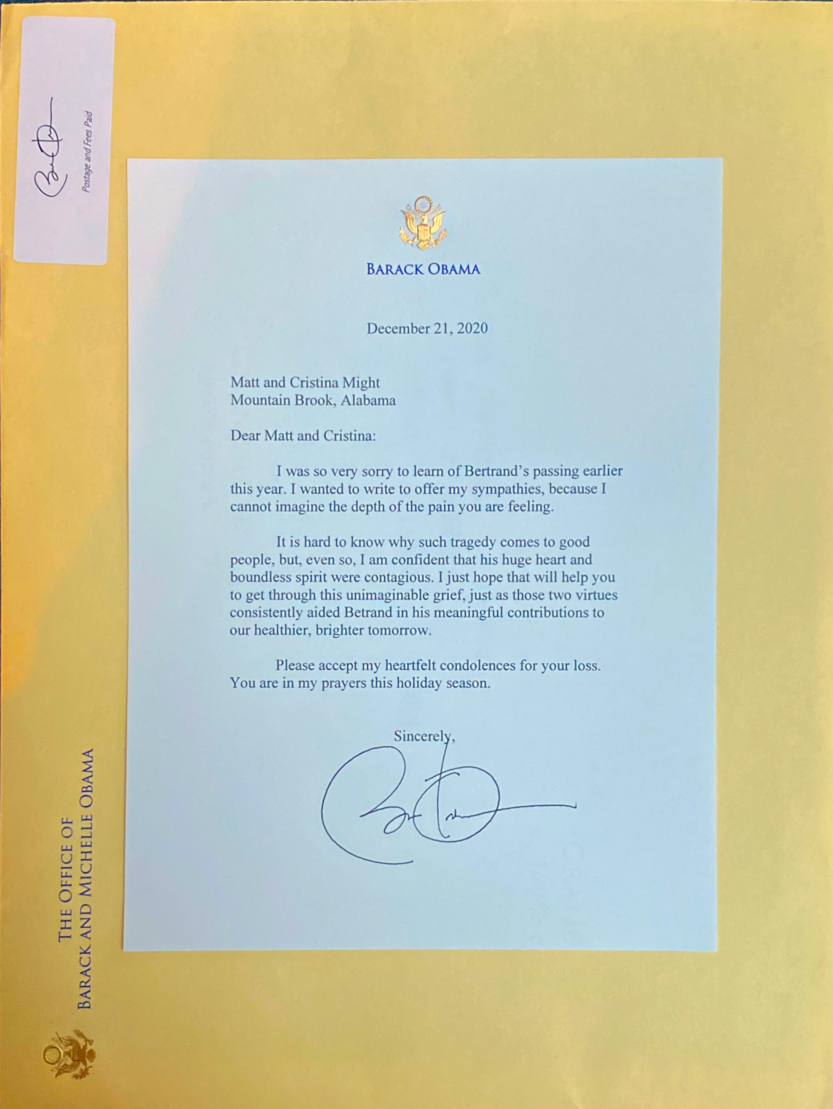 The original announcement at the time of Bertrand’s memorial read:

It is with broken hearts that we announce the passing of Bertrand “Buddy” Might.

Happy and smiling only hours before, Bertrand progressed rapidly into septic shock on the night of Wednesday, October 21st.

Though hospitalized immediately, Bertrand declined rapidly and passed away Friday, October 23rd with the superhuman grace and dignity that had come to define his life.

While nothing eases our pain at his sudden and unexpected absence, we are grateful that he was not in pain and that he was surrounded by his loving parents all the way to the end.

We miss his courageous heart, his uncommon kindness, his quiet strength, his joyous love. We miss his infectious smile, his warm laughter, his soulful eyes.

We are proud of Bertrand’s legislative, digital, communal, medical and scientific achievements in his nearly thirteen years.

We ask that in lieu of flowers, friends of Bertrand please consider a donation to one of the causes below, which carries his impact forward.

In response to questions we’ve received: